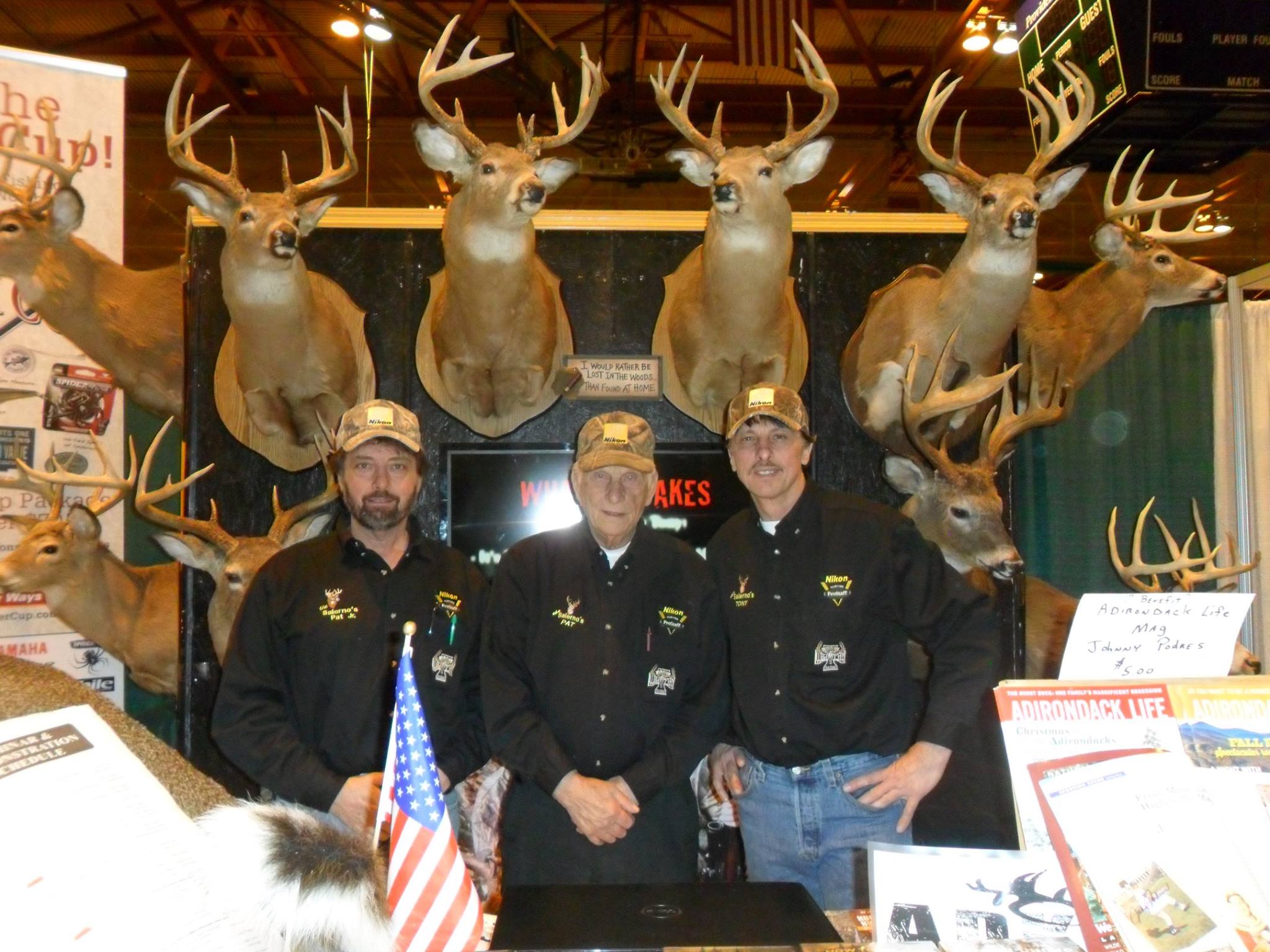 When people talk about the Adirondack Mountains and Deer Hunting, one name becomes obvious -The Salerno Brothers. Pat and Tony Salerno have been hunting the rugged Adirondack Mountains since knee-high to their dad Pat Salerno Sr. who taught them the art of still hunting, an art they call their own due to the tremendous success they have achieved by taking some of the biggest bucks of the Adirondacks. North American Whitetail Magazine had this to say about the brothers, “years of experience have placed the brothers among the premier trackers in the Adirondacks and it’s because no two hunters will make the effort and sacrifice to hunt the way they do.” Look for the brothers on PBS Television and Fox 44’s outdoor hunting show “The Outfitter”.

Maybe one of the Adirondacks’ best kept secrets, the Salerno family, has been taking big bucks from the Adirondack Mountains since the late 1940’s. Each Salerno has successfully taken a buck weighing more than 200 pounds and some as much as 232 pounds dressed! The consistent harvesting of large bucks has always been a tradition for this Adirondack family.

Some of the Salerno hunting skills and tactics have been featured in the Northeast Big Buck Club and New York Game and Fish Magazine. Many publications and television shows refer to them as “New York State’s First Family of Deer Hunting” – a title they modestly accept despite their incredible feats. When the Salernos are asked how they achieve such success, the answer is always the same, “It’s the old fashion way, we earn it.” The consistent harvesting of large bucks has always been a tradition for this Adirondack family. The Salerno Brothers will be at our event the entire weekend, showing off their unique display of the 200+ pound Adirondack Whitetails they have shot in New York’s north-country. They will also have copies of their Video; “How to Hunt Trophy Whitetails of the Adirondacks” available for sale and signing.

To learn more about this dynamic Deer Hunting Family, go to www.salernobrothers.com