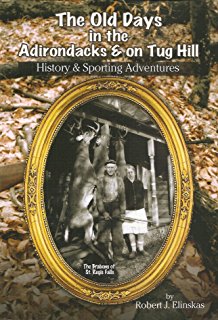 Elinskas recently released a ninth book called “Adirondack Clubs and Camps.” This work records the history and adventures of a dozen Adirondack camps, including the “Ridge Runners Camp” that is located just north of our event in Bleecker NY. Elinskas will be on hand for both days of the event with copies of all nine of his works available for sale and signing. You may even catch a member (or two) of the “Ridge Runners” hanging out by his booth during the event