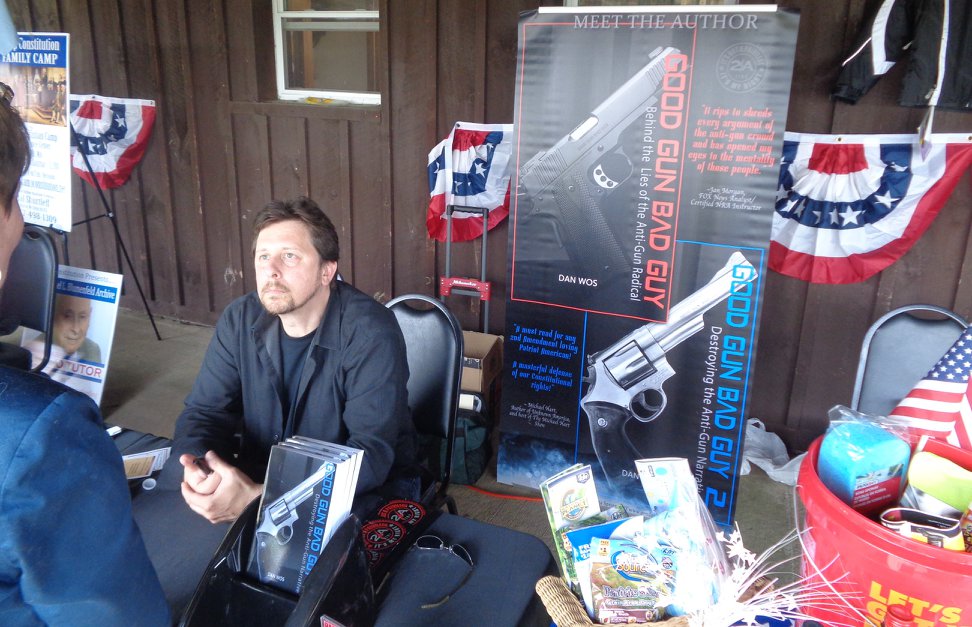 Dan Wos is a nationally recognized 2nd Amendment advocate and Author of the “Good Gun Bad Guy” Series. He speaks at events, is a contributing writer for many publications and can be found on radio stations across the country.

Dan has been a guest on the Sean Hannity Show, Armed American Radio, NRATV and several others. Speaking on behalf of gun-rights, Dan exposes the strategies of the anti-gun crowd and explains their mission to disarm law-abiding American gun-owners. Dan recently launched the third book in the series called “Exposing Anti-Gun Politics.” He will be at the event both days and will have copies of all three books from the series available for sale and autographing.